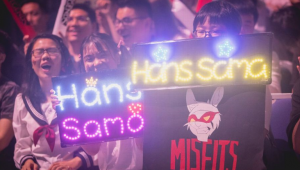 Once upon a time, video game companies set up esports tournaments to market their games.  Today, the video game companies market the e-athletes playing the games.  Sports fans have always searched for the athlete who was “bigger than the game” and esports fans are no different.  And, as with any paradigm shift with revenue attached to it, the esports industry, on the brink of a $1 billion year, is scrambling to accommodate its ever-growing fan base.

Oh, and by the way…the NFL and the NBA already know it.

In 2018, NBA Legend, Michael Jordan made a significant investment in Team Liquid.  Robert Kraft, the owner of the NFL’s New England Patriots forked over $20 million to own the Boston-based team in Activision Blizzard’s Overwatch League.

According to Annie Pei (@Pei-Annie) 2018 saw a new rush of brands into the space with an estimate of around 60 percent of the esports market’s revenue coming from sponsorships and advertising.

A quick note to all you ‘gamers’ out there:

marketing firms are predicting that the next non-gaming brands planning to target you with their products are in male grooming, service restaurants and apparel.

As gamers see corporate America racing to market their products, so too the gamers are ever eager to be recognized.  And,  they are flocking to social media to self promote. SaaS-based solutions such as BATTLEMAPS! with it geo-location of players based upon their in-game statistics are hoping to be the hub where players, teams and leagues can find each other.

It’s just a game…Until it’s not.