Blizzard set to wash your (Twitch) mouth out with soap

Blizzard Set To Wash Your (Twitch) Mouth Out With Soap 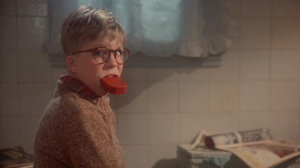 According to Samuel Horti, Blizzard will be targeting toxic Twitch chat.  A new Overwatch moderation scheme will require players to link their Twitch and Battle.net accounts.

The new moderation scheme will be tested on the Overwatch Contenders channel on Twitch.  The season 3 quarterfinals continue today and will end January 12th.

In regular Twitch chats, streamers and moderators can look at a viewer’s chat log for evidence of rule breaking and inappropriate comments or language. Users can subsequently be timed out or banned from the channel’s chat. Obviously, Blizzard is looking to do something a bit different. By linking the Twitch and Battle.net accounts, Blizzard may be able to keep closer tabs on users through their own site.

So, in order to watch the stream, you will need to link your accounts.

Blizzard’s goal with this approach is a “more positive viewing experience”. And, who could blame them for wanting that?

Because of offenses that Blizzard deemed either racist or homophobic, numerous pro players suffered disciplinary action.  At this time, it’s not clear what punishments will be enforced. However, last week’s launch of a “player discipline tracker” suggests that multiple offenses will not be tolerated.

According to Zane Wong, after a recent OWL broadcast featured a player wearing blackface, Blizzard stepped in to address racist behavior in the community. The developer’s sights are now set on the viewers of their events. A new feature is aiming to monitor any toxic Twitch chat behavior.

Blizzard set to wash your (Twitch) mouth out with soap. So, keep it clean and be nice to each other!