“Dude, is this guy cheating?” Tfue asked, perhaps rhetorically . In an open online qualifier like Epic’s Winter Royale for Fortnite with $1 million at stake; anything is possible. 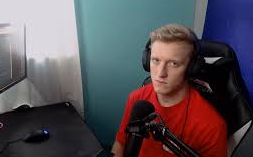 As espn’s Miles Yim reports, the answer to the question would soon arrive.  “He’d been hacked by an aimbot. Aimbots enable the offender to land a perfect spray of shots despite zero visibility”.

Aimbot software allows a player to shoot enemies without having to aim their weapon. Because of the unfair advantage they pose, they are considered cheating.

But here’s the deal:

cheating has always existed in competitive arenas, and esports is no different.

In 2013, Lee (Life) Seung-Hyun had just rolled up one of the greatest stretches of tournament wins in StarCraft II history.  “Life” was great for the first ever back-to-back MLG champion until a match-fixing scandal erupted in 2015 with Lee at the center of the controversy.  His sentence was 18 months prison, a $64,000 fine and a lifetime ban from KeSPA tournaments.

Competitive Overwatch Boosting boils down to players paying a website to help boost their rank.  Essentially users are allowing another player to log into their account, play in the Ranked game mode, and boost their leaderboard standings so they can obtain end of season rewards.

A quick Google search will connect you to dozen sites such as jadeboost.com that offer boosting services for a fee.

Blizzard suspended Sado for 30 regular season games because it considers boosting a serious offense. The suspension was the largest in Overwatch history.

As esports revenues continue to grow, so too will the threat of gaming the system in order to gain a competitive advantage.  But here’s the question:  Will the esports community fall inline with a reactive approach to cheating like the MLB, NFL, NHL and NBA?  Or, will the integrity of Esports be protected proactively?