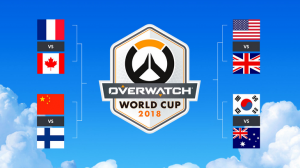 Next week at the Anaheim Convention Center the Overwatch world will turn its collective focus to Blizzcon where the top 8 teams will battle it out for the gold medal.

Can South Korea defend their title?

Here’s the deal.  They will face some strong competition in order to do so.  Team USA, for example, who swept their way through the Los Angeles Group Stage stands in the way along with the other top seeds China and France.  And, let’s not overlook the other qualifiers: Australia, Finland, United Kingdom and Canada who are all eager to pull off an upset.

How and When to Watch: