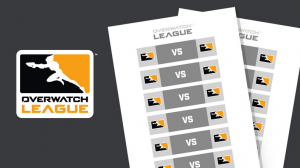 According to Michael Domanico, OWL will venture outside Blizzard’s Burbank Arena for the first time during the regular season in 2019.  Tickets have not yet been released, but Dallas, Atlanta and LA will host home games.

Oh, and by the way…the NFL and the NBA already know it.

In 2018, NBA Legend, Michael Jordan made a significant investment in Team Liquid.  Robert Kraft, the owner of the NFL’s New England Patriots forked over $20 million to own the Boston-based team in Activision Blizzard’s Overwatch League.

The season officially gets started February 14th and will be split into four 5-week stages.

The regular season is split up into four stages and kicks off February 14th.  Each stage will last five weeks.